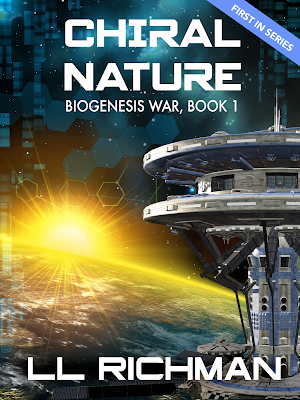 He's not who he thinks he is.

They stole his identity, his career, his life.
Now, they want him dead.

Micah Case is one of the Geminate Alliance’s elite, special operations pilots. He’s inserted black-ops teams into places where no one else dared go, flown into enemy star systems countless times.

Never has he been called to work inside his own star nation—until now. When his spacecraft disintegrates around him, Micah awakens with no memory, in an unfamiliar place, and with a mysterious voice inside his head.

His genetic code contains the power to destroy all life.

Hunted by his own military for reasons still unclear, Micah embarks on a desperate search for the source of the unknown voice. What he finds sends him on a mission more harrowing than any he’s ever flown.

The stakes are impossibly high, but failure is not an option. The alternative would mean the extinction of a species he can no longer call his own: Humankind.