With the Enfield Genesis series wrapped up in May, it was time to begin a new series. 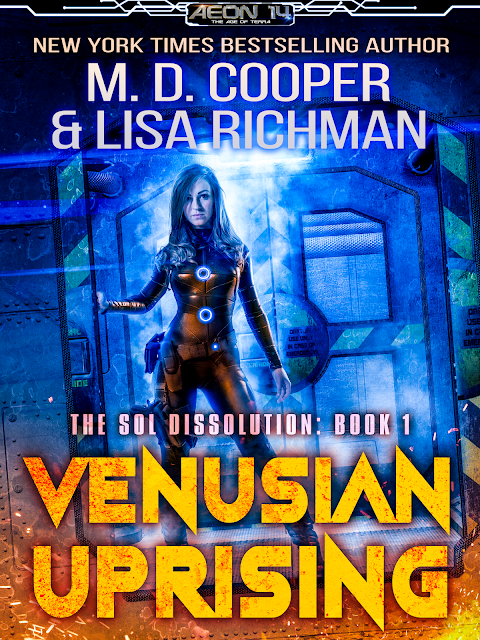 This series will be different in that, instead of writing it solo, like I did with the Enfield Genesis series, Mal and I are going to be co-writing it. There are two protagonists here, pitted against each other, and being manipulated by an antagonist hidden in the wings. Loads of fun and intrigue!

I'm writing the character on the cover, Katelyn Evans. If you've read any of the core Aeon 14 books, she's the younger sister of Joe Evans, Tanis's husband.
Katelyn is a pilot and a smuggler for the Scattered Worlds resistance.

Mal is writing the chapters that feature Williams, a Gunnery Sergeant in the Terran Space Force's Marines.

We plan loads of fun, excitement, adventure, action, and maybe even a wee bit of tension between the two as they keep bumping into each other.

And, of course, a surprise ending!

The setting is the terraformed world, Venus (I know, what a surprise, given the name, right?!?)
If you're curious what that might look like, here's a peek at the map:

You can preorder Venusian Uprising by clicking here.

Disclosure: this is an affiliate link from Amazon, which means I will receive a small commission if you click on it and make a purchase.