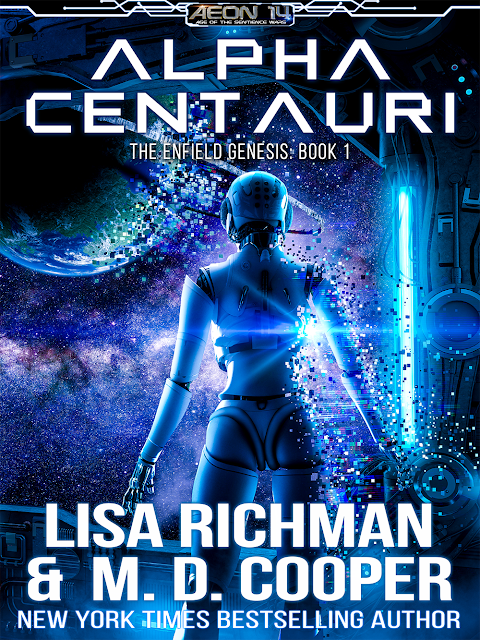 
The Sentience Wars may be won, but the battle is not over...

The Sentience Wars in Sol have come to an end. In the wake of war, refugees still flee to nearby stars, but there are sinister forces at work in Alpha Centauri who would turn their plight into profit. None of this is apparent to an easygoing, self assured pilot-for-hire named Jason Andrews.

Recently arrived from Proxima Centauri to visit his sister, he is sucked into a covert operation by a brother-in-law who is not who he seems. But then again, neither is Jason....

But the enemy they face has grown more powerful than any had expected, and the fate of the star systems' humans and AIs are at stake.

Jason must engage in an all-out bid to save a world he's just getting to know, in a war he only just learned about.

And check out Proxima Centauri: Hunt for the Rogue AI. It's book #2 in the Enfield Genesis series, available for pre-order now!